This is a problem that I personally have only ever had with a Lenovo notebook but I believe it can strike anyone judging by the number of postings around the Internet.

You will easily recognize the symptoms which manifest themselves most eloquently after a reboot, or a boot up. You will get as far as the Windows lock screen and see that the lock screen is constantly scrolling up. A simple press to get the log in seems to fix it but no. It does not. The log in will not scroll and you will be able to log in but then the fun starts!

Initially I thought I could live with it simply being a lock screen problem but it continues to manifest itself once you are into Windows. I went to the “Start Menu” and it too was scrolling. In fact just about anywhere there was a scrollbar would cause a problem.

With so many areas of Windows misbehaving it was obviously not something I could ignore. The research I did around the Internet was full of (for me at least) totally useless misinformation. Video cards were the most often quoted culprit but funnily enough none of the so-called fixes ever worked for anyone. So what can be done?

I have had this problem repeat itself three times and each time I fixed it by doing something different!

The first thing to try (if you are using a wireless mouse) is simply to remove the dongle and reinsert it. The very first time this happened to me that was literally all I had to do but on subsequent occasions I had to try something else as it did not fix it.

The second thing to try is this:

And that was it the second time. No more problems for a year until all of a sudden (after an update) the issue was back. Tried the dongle. No good.

I thought maybe the inactive windows setting had been reset to “on,” but when I checked it hadn’t been. What now? I thought to myself. On a whim I turned the setting back to “on” and rebooted thinking that perhaps after the reboot I could then turn it off again.

That was what I was expecting to do but as it turned out simply turning the !@#$ thing back on fixed it.

So in a nutshell: Try the dongle. And if that doesn’t work then try the inactive window setting. If it’s on – turn it off. If it’s off – turn it on. 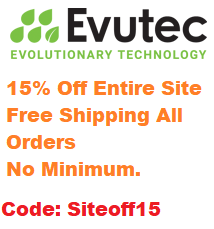 Disclosure: Triquetra Design is a website that features professional articles and/or reviews. As such I may receive compensation from the companies whose products I review or from companies that advertise here.

A long-suffering technophile with 40+ years experience of technology not cooperating!

Select Language
This website uses cookies to personalize your experience and ads. You consent to our use of cookies if you continue to use this website.OkRead more